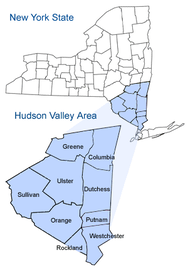 The Valley of Hudson (VOH) covers nine counties - Dutchess, Orange, Putnam, Rockland, Sullivan, Ulster, Greene, Columbia and Westchester; which encompass the Masonic Districts of  Orange, Rockland, Sullivan, Dutchess District ,  Mid-Hudson District and the 1st & 2nd Westchester-Putnam Districts.
This is an area of nearly five thousand square miles with a combined population of 2.3 million residents and over 4,000 Freemasons.  Demographically, our region ranges from rural to urban and is bordered by Pennsylvania and New Jersey to the west, Connecticut and Massachusetts to the east and New York City to the south. Our region possesses a rich history and highly developed network of Freemasons, providing extensive programs and dedicated services for our membership and community. In the last few years, our valley has been growing due to renewed interest among blue lodge mason in joining the
Scottish Rite , NMJ. 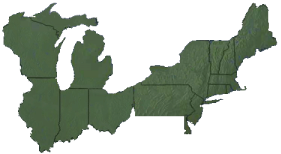 The Northern Jurisdiction headquarters is in Lexington, Massachusetts and coordinates the activities of Scottish Rite within 15 Northeastern, Middle Atlantic and Midwestern states. The Southern Jurisdiction headquarters is located at Washington, D.C., and covers the remaining 35 states.
The 15 states in the Northern Masonic Jurisdiction are Maine, New Hampshire, Vermont, Massachusetts, Rhode Island, Connecticut, New York, New Jersey, Pennsylvania, Delaware, Ohio, Michigan, Indiana, Illinois and Wisconsin. Each state has a Deputy responsible for Scottish Rite activity within that state.
Today, the Northern Jurisdiction has official and friendly relations with more than 50 Supreme Councils throughout the world. The CEO for each Supreme Council is referred to as the Sovereign Grand Commander.
The bodies of the Scottish Rite, sitting in the Valley of the Hudson, State of New York acknowledge and yield allegiance to the Supreme Council, 33° Ancient Accepted Scottish Rite of Freemasonry for the Northern Masonic Jurisdiction of the United States of America, whose Grand East is in Lexington, Massachusetts and whose officers are:
and whose officers are:
Ill.·. David Alan Glattly, 33°
Sovereign Grand Commander